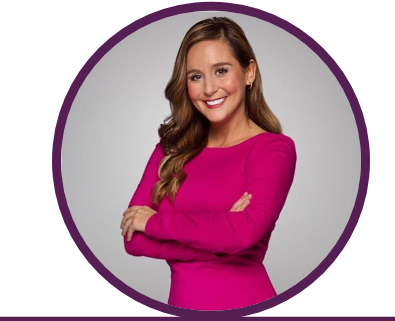 Jillian Deam Thomas is a media specialist with a decade of experience in the industry. She is currently an On-Court Emcee for the Indiana Pacers in Indianapolis. This is her fourth season working for the NBA team.

Jillian graduated from Butler University with a Journalism degree and High Departmental Honors in 2010. Her career began in Champaign, IL where she was an anchor and reporter for the NBC affiliate, and later the CBS affiliate. In 2014 she was runner-up in the Illinois Broadcasters Association Silver Dome Award‘s “Best Reporter” category.

In 2014 Jillian returned to Indianapolis to work for the local FOX and CBS affiliates. She spent four years writing and executing live reports for both stations, including the top-rated morning show in the market. Jillian left the news industry in 2018 to join a national public relations firm, Dittoe PR, as an Account Executive, where she developed strategic PR initiatives for clients.

Today, Jillian has expanded her role with the Indiana Pacers and continues to take on other projects as a host/emcee, including events for Indianapolis Motor Speedway, FINA Champions Swim Series and the Big Ten Football Championship. When she’s not emceeing games or various events around Indy, you can find Jillian teaching “Inferno Hot Pilates” classes at The Hot Room in Indianapolis. She loves dancing, fitness, photography, videography and spending time with her husband, Chris and their dog, Gauge.