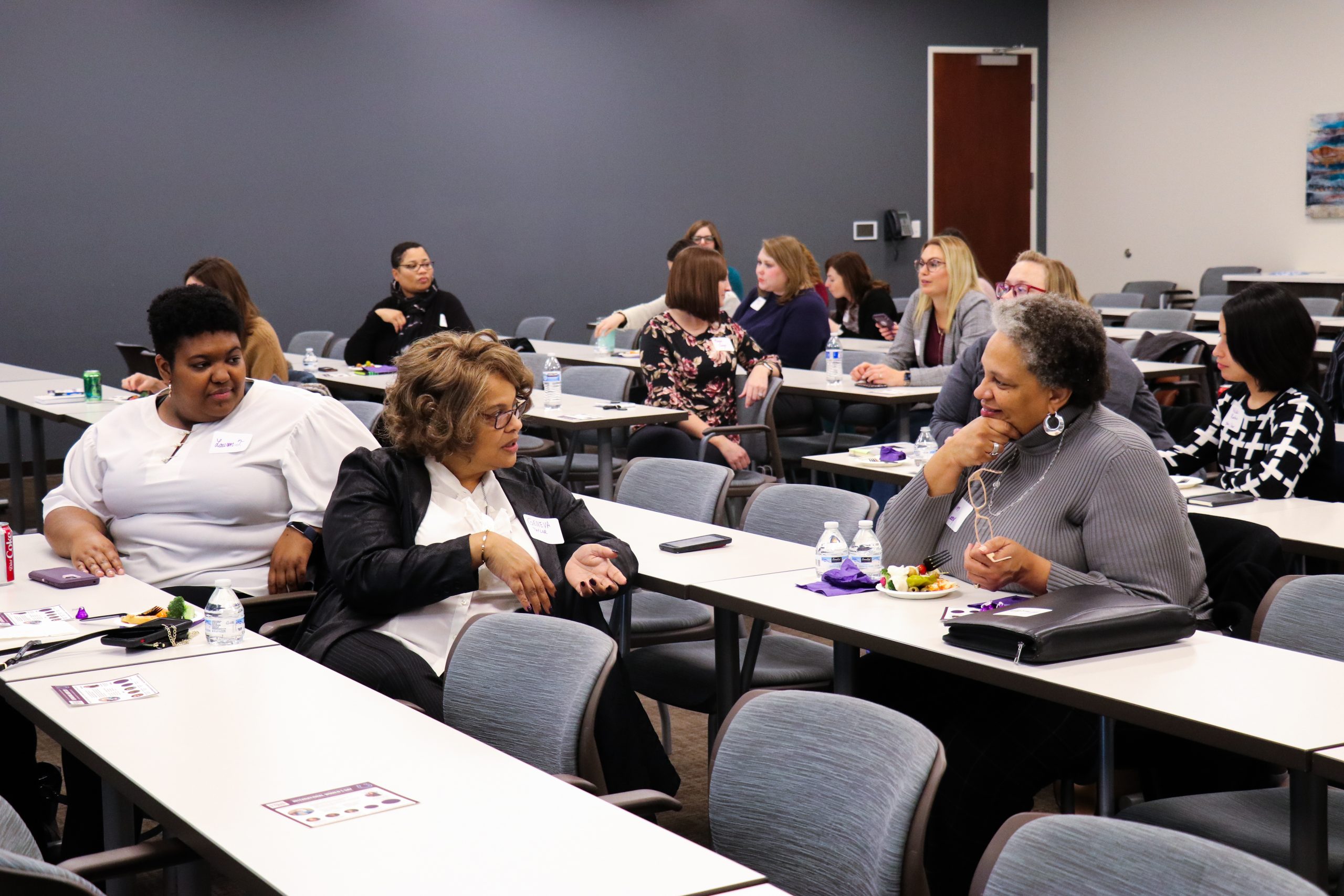 On Wednesday, the Foundation hosted an Open House at Katz Sapper & Miller with speaker Lindsay Boccardo. Open Houses are great opportunities to network and learn more about the Foundation, but this event also featured an inspiring presentation about embracing multi-generational teams in the workplace.

After some time for networking and enjoying appetizers, attendees settled down to hear Lindsay Boccardo’s presentation. Lindsay is a local coach and speaker, and she focuses on helping people of different generations understand each other’s work styles and build a stronger team.

Lindsay began her talk by breaking down some of the key characteristics that cause people of different generations to have different values and styles of leadership. For example, Baby Boomers often grew up with teachers or parents that disciplined them with physical measures. Meanwhile, Millennials and Generation Z members had parents and teachers who were their role models and inspirations, and who they had friendly relationships with. Therefore, Millennials consider good leaders and bosses to be people who are friendly, encouraging, and who empower their employees. For Baby Boomers, this may seem less important.

Wednesday’s Open House included attendees from all different generations. At one point in her talk, Lindsay encouraged audience members to pair up with someone they didn’t know who was from a different generations than them. She then asked pairs to discuss what their families were like growing up, what their teachers were like, and whether or not they were encouraged to build leadership skills as a child and teenager.

These conversations ignited insightful group discussions not only about generational differences, but also about how experiences may differ or be similar for those who grew up outside of the United States.

While differences among generations may sometimes be a challenge in the workplace, through listening and considering other’s experiences teams can find greater success than ever. According to Lindsay, studies suggest that multi-generational teams often perform better than teams of only one generation.

This is another reason why mentoring is so impactful– it not only helps younger women gain knowledge from women who have been in the workforce longer, but it also helps both the mentor and the mentee understand generational differences.

Thank you to everyone who attended the Open House!

Be a Part of Something Amazing!