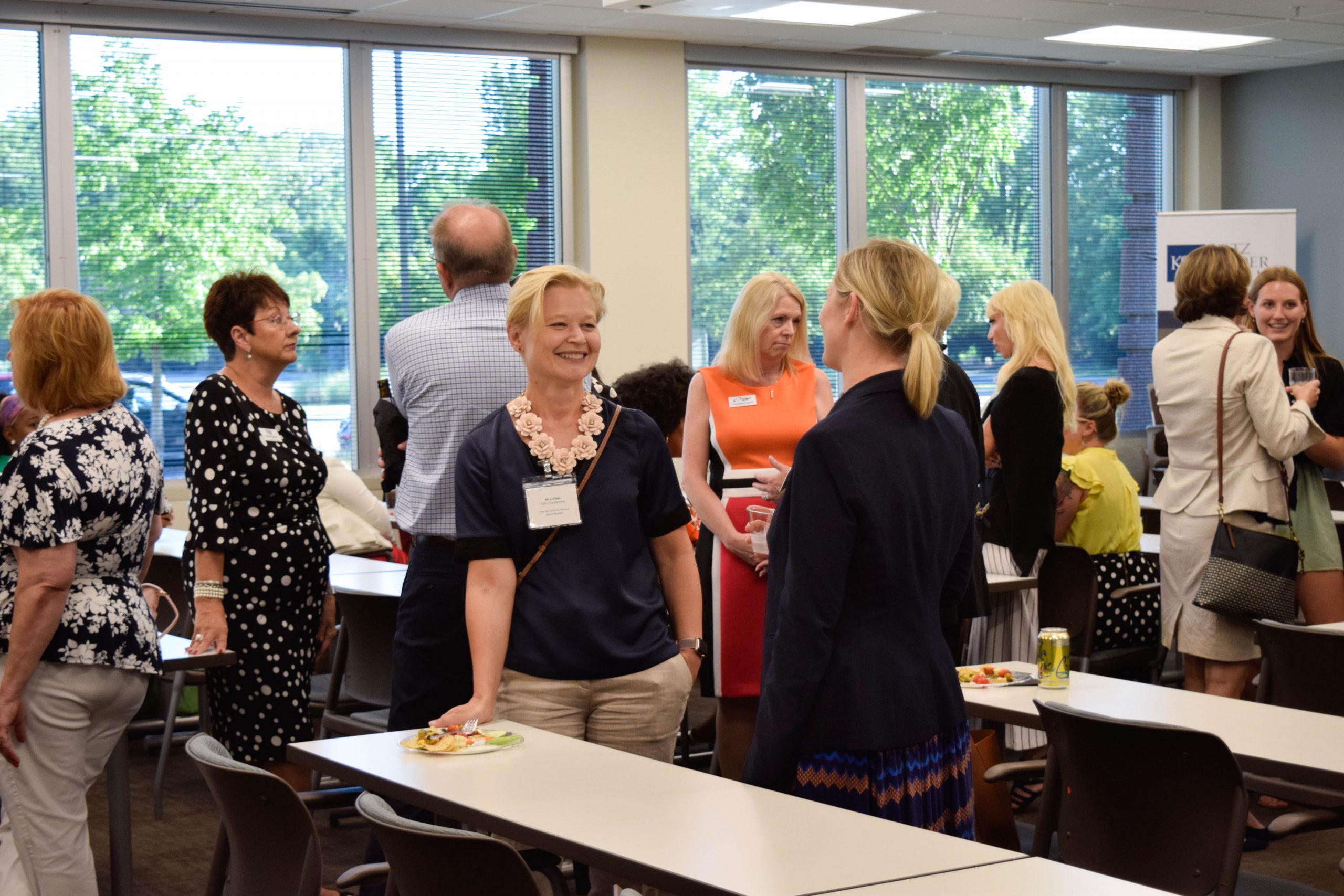 After about an hour of networking, Board Member Lauren Grey Flanagan took the podium and spoke about the benefits of mentoring, the importance of lifting women up, and the importance of including women in the growing conversation about Artificial Intelligence.

The Benefits of Mentorship

Lauren spoke about her experience as a mentor to Shaquitta Dent, and now Tabitha Hardy. She stressed that mentorship is not only valuable to the mentees, but is incredibly influential to mentors at well. She shared how much she has learned from Shaquitta and Tabitha, and how they inspired her to lift up all the other women in her life as well.

How to Lift Women Up

Lifting up and empowering women is a major theme in Lauren’s new book, “1001 Watts: Reinvent Yourself, Start Today, and Discover How Women are Lighting the World.” She discussed a main idea in her book, which is how important it is to empower the women in your life without expecting anything in return. She said to lift up the women around you without thinking of how it may or may not affect yourself– lift them high above your head.

Lauren is also furthering her education by studying AI, and she pointed out how integral it is in this technological age to include women at all levels of the AI conversation. Women need to be a part of idea development and action. AI has the potential to change the future of America’s workforce, and we cannot afford to let women be left behind in that conversation.

To everyone who attended the Summer Open House, we hope you were able to make connections, consider new perspectives, and leave inspired.  The Foundation would also like to thanks Katz, Sammer & Miller for hosting the event. And whether you are a mentor, mentee, or just beginning your involvement in the Foundation, we hope you consider the question that Lauren proposed: “Which paths are you lighting?”

YOU Are Invited to the Event of the Year!

Five Reasons Why You Should Get Involved With Relay!

StrengthsFinder & Personal Board of Directors Workshop