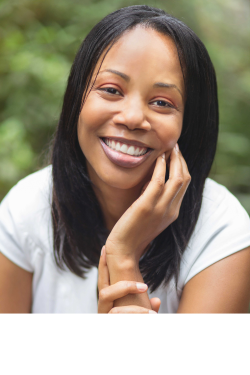 If I Could Give Advice To My Younger Self,

In my early 20’s, I met a guy named Kevin on the old social media site called MySpace. He was a single father who lived in Georgia, while I lived in Florida. We messaged each other back and forth for some time until we exchanged numbers. Soon we started talking often from night until early hours of the morning. One day, he suggested that I come to visit him in Georgia. I don’t know how long I pondered the idea, but eventually I said yes.

I decided to go to another state to meet a guy that I had never met in person before. Dumb, I know! I told my mom about my plans and she begged me not to go. She explained the fact that I didn’t know him. She explained the fact that I had never been to Georgia. She told me about all that could possibly happen to me. But, her pleas fell on deaf ears.

Eventually, I bought my ticket for $184 and arranged for him to pick me up at the airport. I can’t remember if I was scared or excited, but everything was all planned. My mother prayed and prayed to God asking Him to intervene so I couldn’t go. He answered her. On the eve of my Georgia trip, someone I knew deposited fraudulent checks in my account in the amount of over $2,000. I virtually had no access to my account and since I knew the person who deposited the money, I had to pay the entire amount of the deposit. I didn’t go to Georgia. I stayed to fix the damage caused by the fraudulent deposit.

Kevin and I later lost contact with each other. He turned out to be someone who was not right for me. Like I did, sometimes we think we have all the answers and we don’t listen to sound advice, even from those who love us most. I wish I had listened to my mom. I wish I had listened to the woman who loved me and was wiser than me. I was so naïve. I thought nothing could happen. What could this guy have done to me? Who knows? No one knows. Thank God I didn’t go.

What advice would I give to my younger self? Listen to those who love you and have your best interest at heart. You may not see or understand their reason for telling you certain things, but they have wisdom beyond your years and only want to protect you.

Though it cost me airfare and over $2,000, I am glad I did not go to Georgia. I could have lost a lot more than money.

Want to share your story? Submit your “Advice to my Younger Self” Blog and picture to