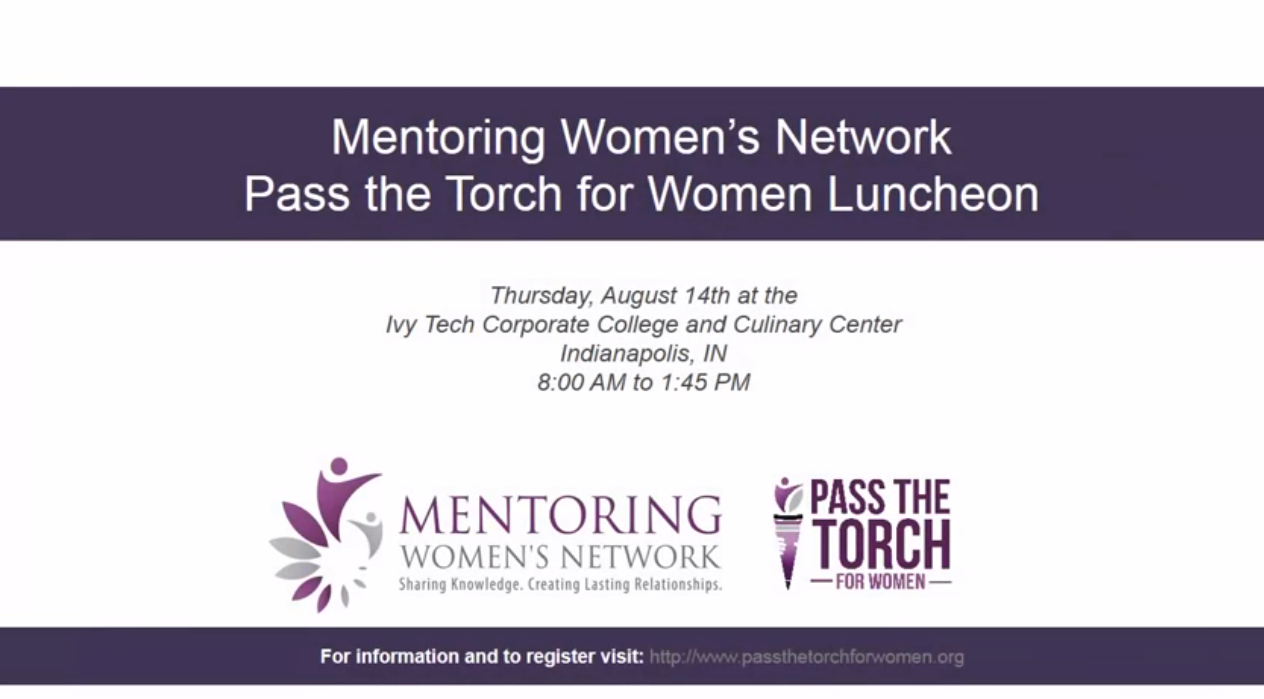 Indianapolis: Women supporting women professionally through mentoring programs has been found to promote career growth not only for the mentee, but for the mentor as well. Committed to facilitating these beneficial relationships, Indianapolis-based Mentoring Women’s Network has taken on the challenge to create the world’s largest and most effective women’s mentoring program. In an effort to make mentoring services available to any woman who wants them, the Foundation will officially launch an awareness and fundraising campaign, Pass the Torch for Women, at a luncheon on August 14, 2014 at the Ivy Tech Corporate College & Culinary Center. Attendees may register at www.passthetorchforwomen.org

Pass the Torch for Women Workshop and Luncheon

Chairperson of the Board, Indiana Chamber

Join us for the launch of Pass the Torch for Women, a nationwide call to action for women and men to support one another personally and professionally through mentoring.

This event is in support of the Mentoring Women’s Network Foundation, a 501c3 formed to create the largest and most effective professional mentoring program for women in the world.

A Moment of Motivation

What is your WHY?

An Interview with Elizabeth Cisco