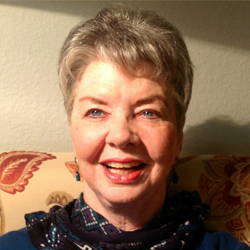 It was 1972.  Another woman and I had started a consulting firm in Washington, D.C.,  (Cook/Cavanaugh Associates)to support employers in hiring more women – and to encourage other women to start businesses as well.  When we got ready to “market” our business, we learned that in the early 70’s women were not allowed membership in the Chamber of Commerce, Rotary Club, JayCees (although the JayCees told us be could be “honorary” Jaycee-ettes” – honorary wives.)  Nor was there such a thing as networking groups as that term would not be originated for another decade or two.  So, a group of about 8-10 women met in the back room of our offices to brainstorm ways we could support one another.  Out of that, in 1974, was born AWBO – the Association of Women Business Owners.  The idea quickly caught on and in 1974, the National Association of Women Business Owners was created.  My business partner, Denise Cavanaugh, was the first President of the organization – and now, some 40 years later, we have chapters all over the US – and the organization has supported – and continues to support – legislation that supports the success of women business owners.

Since helping to create NAWBO in the 70’s, I have started 3 additional businesses, written and published two books, been a corporate leader for a Fortune 500 company, and started the first regional office for the Franklin Covey Company in 1993 in Dallas, TX, where I currently reside with my husband, Tom, two daughters, two sons-in-law and four extraordinary grandchildren.  I have a stepson who is a Lt. Colonel in the Army, currently serving as the Senior Military Attaché at the U.S. Embassy in Khartoum in the Sudan.

In early 2014, I agreed to “rewire” by coming out of a 2-year retirement to accept the role of Market Director in Dallas for the Mentoring Women’s Network.  In June I was honored to be one of the first two inductees into the NAWBO/DFW Hall of Fame.

And I may not be done yet!

My Interview With the Amazing Marsha Clark

Female Entrepreneurs Who Have Left Their Mark!